MCTM will be honoring individuals and/or co-teaching pairs in each of the following categories.  All candidates must be currently employed in a Maryland school/district/institution and exemplify excellence in mathematics education by implementing research-informed practices in their daily work.  The criteria for each award category is listed below:


*Sixth grade teachers in a K-8 school will be considered for Middle School Mathematics unless they teach all subjects.
*NOTE:  If nominating a co-teaching pair, both teachers must meet the criteria specified above.

Anyone may submit an initial nomination. To begin this process, please follow the link http://tinyurl.com/mctmawards20 and complete the form no later than February 2, 2022

The MCTM awards chair will contact all nominees by February 3, 2022 to inform them that they have been nominated for a 2022 MCTM Excellence in Education Award and provide the steps necessary to accept the nomination and move the application forward.  These steps include confirmation of their eligibility to receive an MCTM award, the electronic submission of completed essay prompts and two letters of reference (one from a supervisor and one from an individual familiar with his/her professional work) to mctmawards@gmail.com no later than March 1, 2022.   The MCTM awards committee will review the materials submitted by all nominees and identify award finalists by the end of March.   Finalists will be expected to submit a video of their practice electronically to the committee by May 3, 2022.

The nomination materials and video submissions will be reviewed by a panel of educators in the Spring to determine 2022 Awardees who will be announced and celebrated at our annual MCTM Outstanding Educator Awards Banquet and Annual meeting in the fall.  If a candidate is not selected, the nominator is invited to submit a nomination the following year.

MCTM is committed to honoring individuals who dedicate their careers to furthering mathematics education.  We will be recognizing these leaders with the MCTM Lifetime Achievement Award.

Nomination Procedures
Anyone may nominate a candidate.  Nominations must be submitted by completing the attached nomination form.  Be sure to use the questions on the nomination form and the criteria to help you prepare the responses.  The nomination should directly address the criteria.  Letters of support should be limited to a maximum of three.  The name, address, telephone number, and present position of both the nominee and nominator must be included.  The deadline to submit all nomination materials is March 1st.

Please email nominations and letters of recommendations to mctmawards@gmail.com by March 1, 2022.

Nominations will be reviewed by a panel of educators in the Spring.  Awardees will be announced an honored at our annual MCTM Outstanding Educator Awards Banquet and Annual meeting in the late fall.  If a candidate is not selected, the nominator may submit a nomination again the following year. 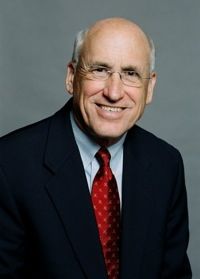